Making a little Subnautica-like space in a very short amount of time is really hard, and it takes a lot of shortcuts just to make a space that even makes you feel like you're underwater.

If you turn on Camera Fog in the Window->Rendering->Lighting Settings and increase the strength and change the color to some shade of blue, you can help hide things off in the distance, or rather things that are not off in the distance. (This is gonna take a lot of time as is.) It at least leaves things to the imagination. In addition, set the camera background to the same shade of blue to make it more effective. The downside is making things pop out at a distance through the fog is difficult. One of the ways to work around this is to use shaders that disable fog, and implement a script that changes the alpha of an object at a distance. By adjusting the alpha on a No-Fog material, you can make things come into view from farther away, but still have them disappear at a distance.  Another way to work around it is to use lights, which create a slight light circle in the distance to help guide the player. 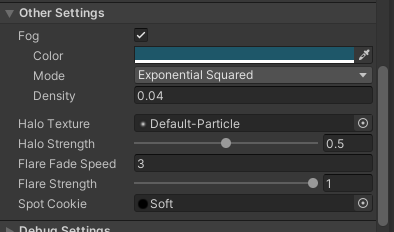 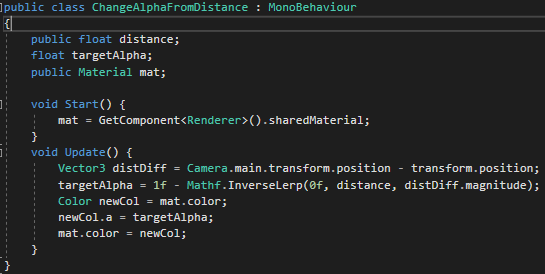 I made the waves-ceiling first in my approach. I used Krita to paint the waves, (because it's free), but you can use any painting tool with wrap-around mode if you want. I used the Legend of Zelda: Windwaker waves as a reference, because they're so simple and yet effective at conveying waves. I then put them on a plane that was sub-divided a bunch, and used a tree wind shader I found online to make the water appear to move in a waves-like fashion, except it looked a little glitchy. I also had to modify it to turn off the fog covering it up (which took a long time to do, because I have not taken the time to learn how to write and work them yet).  Don't forget to turn off Casting Shadows in the object's renderer settings. I spent wayyy too long painting the sand in a similar way as the waves. I then used an online Normal-Map generator to give the sand material some more realism. I just threw all that onto a Terrain and painted the height for a bit to create peaks and valleys. Remember to put the Sea-Floor and Waves-Ceiling close enough together in order to create a visual sense of scale, but far away enough from each other to leave room to play and move the camera around in.

It's hard to describe in words exactly what I did to make the Particles, but I set them parented to the Player Character, and only parented the X and Z positions for the Sun Rays, using the Parent Component. The Water Particles are pretty much spawning dots randomly around the player, and the Sun Rays are pretty much elongated particles that are clustered together using the burst tool. 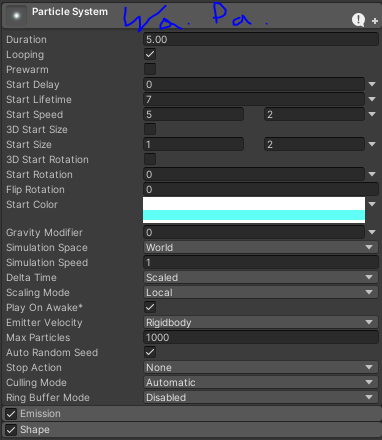 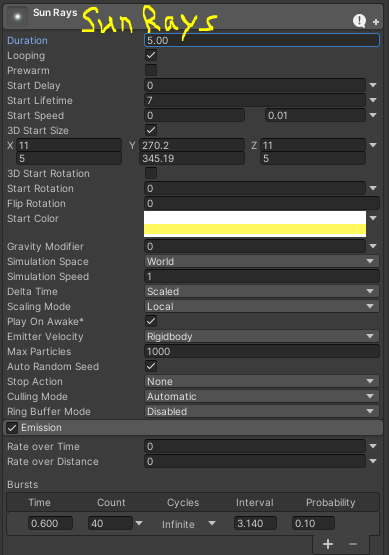 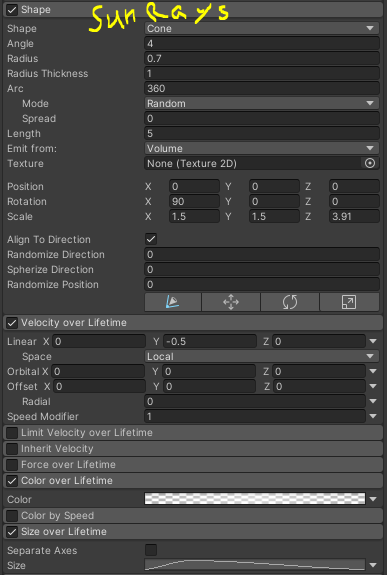 I was starting to feel the time running out at this point, and needed to move a little faster. To add fish, I just used the Boids project from Coding Adventure by Sebastian Lague.

I did however design my own really basic looking fish in Blender for my project to add a little personality.

The next thing I want to do to bring the ocean to life is add rocks and sea plants.

Help the Turtle your Team lives on to find food!